“If someone seeks me, I‘m in change.“

The spell of the ephemeral (an old Greek word for “only one day“) lies in the elusive and the passing. Ice is not manifest. It fuses and takes other shapes and gaseous states. By the permanent change, it brings the moment and the fading to the mind. Climate change. Entropy. In a world flooded by attractions ephemeral objects or phenomena are an oasis for the evanescence. To let go, to leave and to pass.

For the exhibition “The other book“(Literaturhaus Gottlieben | Switzerland | 2017) I created an “icebook” library. The content are fictitious authors and also poems from existent writers. Divers “fading“ compostable materials were frozen in a flexible form: leaves, plant rests, materials from the bank of the river Rhine, letters from an instant soup, vegetable bits etc. The process of freezing was intriguing because of the bulky and unpredictable qualities of ice. The books were presented in a fridge and returned to the circle of water. Work with the transience. Pulp of organic materials: fibers, leafs and seeds as horsetail, maple, poppy, flowers – combined with wax and pigments on canvas. 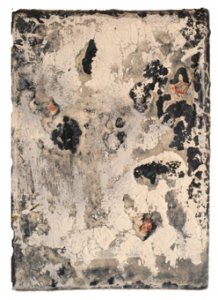 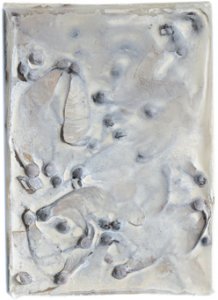 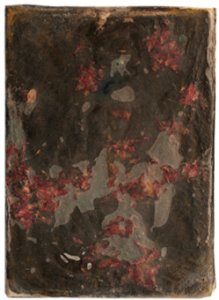 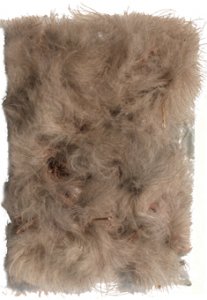 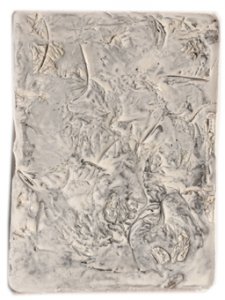 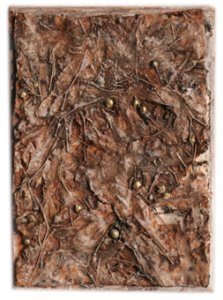 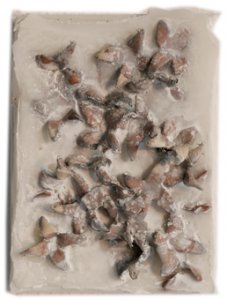 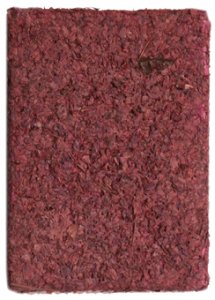 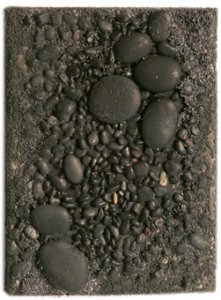 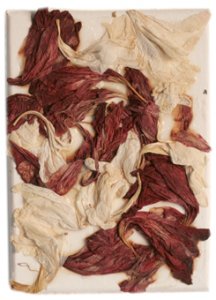 
Shall I compare thee to a summer’s day?
Thou art more lovely and more temperate:
Rough winds do shake the darling buds of May,
And summer’s lease hath all too short a date;
Sometime too hot the eye of heaven shines,
And often is his gold* complexion dimmed;
And every fair from fair sometimes declines,
By chance or nature’s changing course untrimmed.
But thy eternal summer shall not fade,
Nor lose possession of that fair thou ow’st;
Nor shall death brag thou wander’st in his shade,
When in eternal lines to time thou grow’st:
So long as men can breathe or eyes can see,
So long lives this, and this gives life to thee.