There are photographies, which are taken – over years – in the “waters” of the lake of Constance and the river of Rhine. Originally the project was called “Natales”.

The pictures show portraits of people in a close connection to the water – by swimming , diving and merely “being in the lake”. The book and the exhibition gives an atmospheric impression with own texts and quotes of literature.

Thoughts & making-of:
The book captures spontaneous moments of people swimming, diving or just chilling in the summery lake,
often in an atmospheric light by which I was particularly struck. I am well aware that it does not strive for
conventions of established photography. Intentionally, I tried to to document different effects of water on
human beings – especially during a certain season, when water is broadly „accessible“. Here are circa
50 portraits arranged together under the theme „Happy waters“.

It was more about encounters in water, about intimacy in those situations, where people felt liberated and
at ease. A crucial thing was also to meet them on equal terms, jointly swimming and diving together. The
technical equipment was plain, assuming that a huge technical input may have disturbed the situation.
Sometimes I was surprised that it was so easy to make people feel comfortable and confident. The small camera
provided no obstacle as I entered into their privacy. Water accelerated intimacy, perhaps by covering the
participants. The lake as a common public space. I lived through all sorts of moments and later combined the
results with texts that may extend their substance in various, sometimes paradoxical ways. The first photos were shown in 2010: “Natales” – Aquatic People. Photographes as an installation on H2Art

The context also is related to “aquareness”. 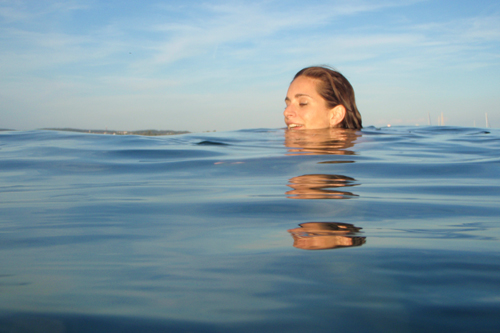 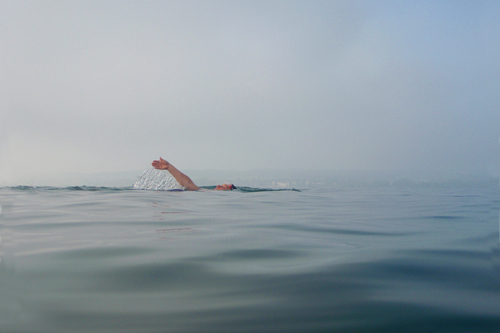 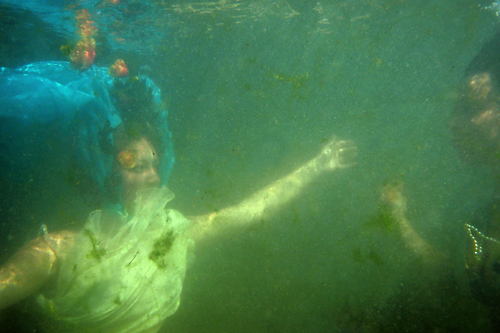 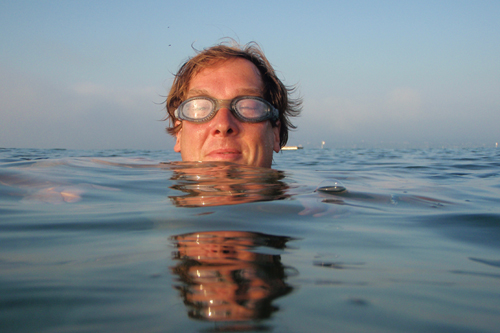 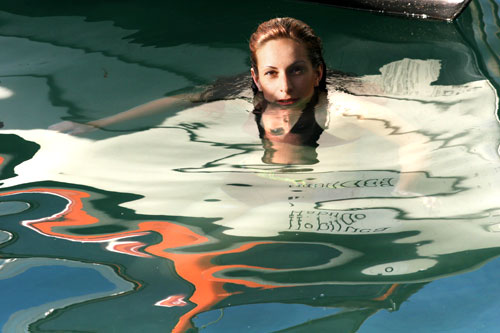 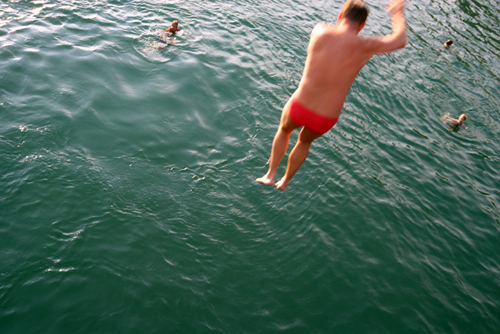 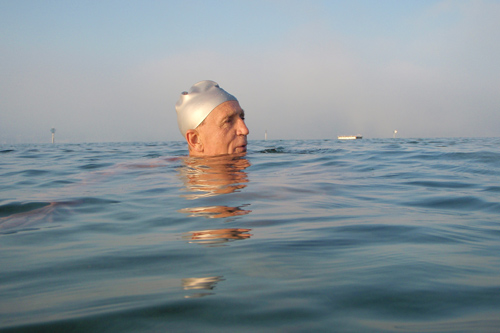 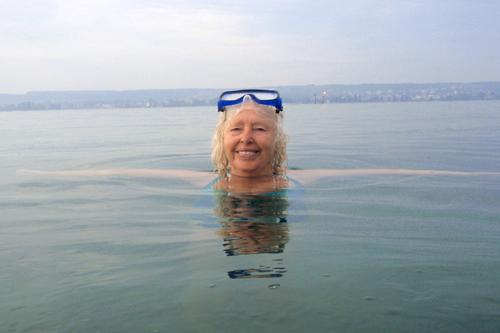 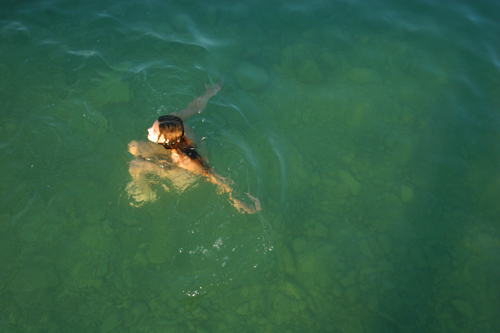 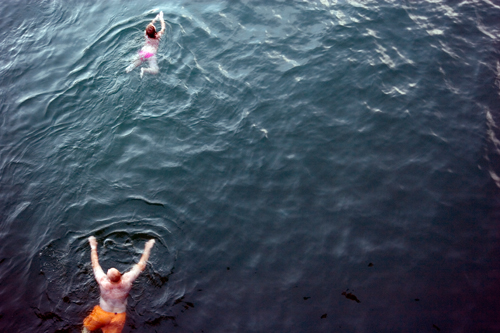 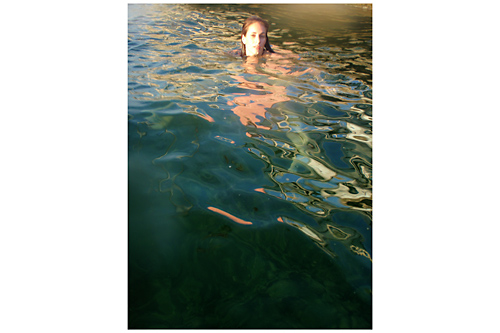 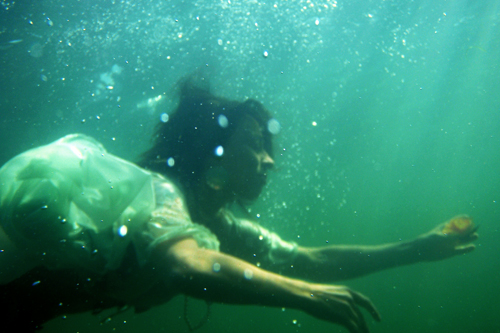 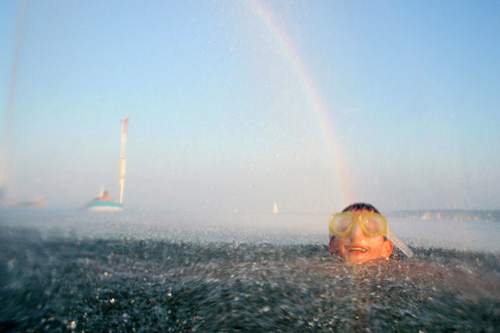 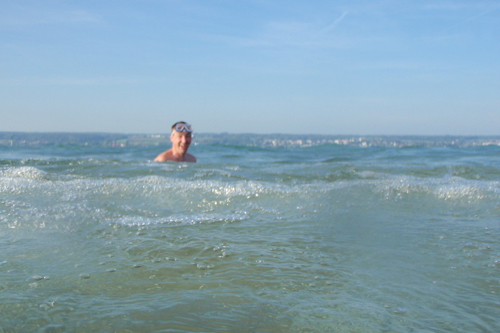 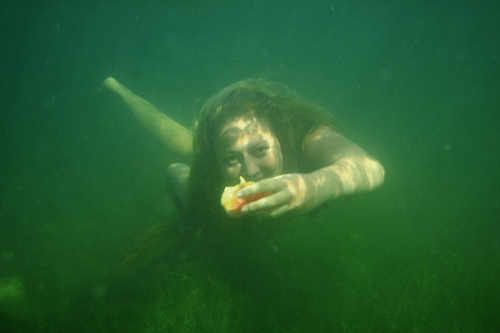 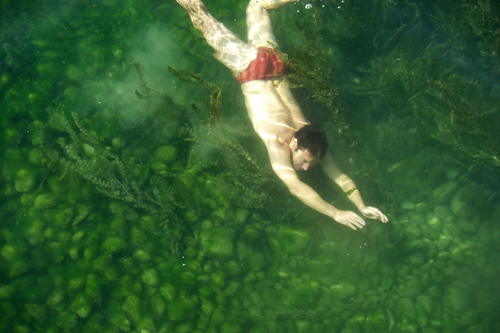 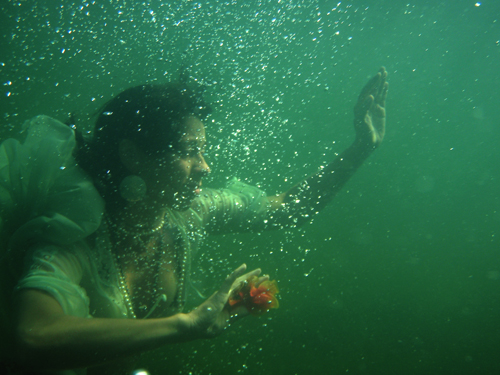 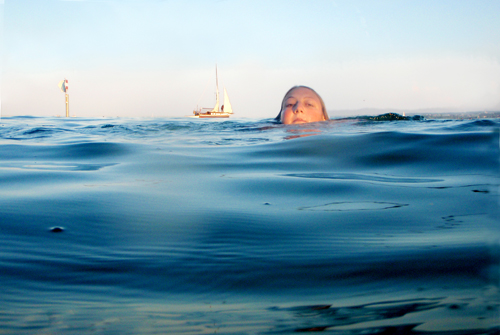 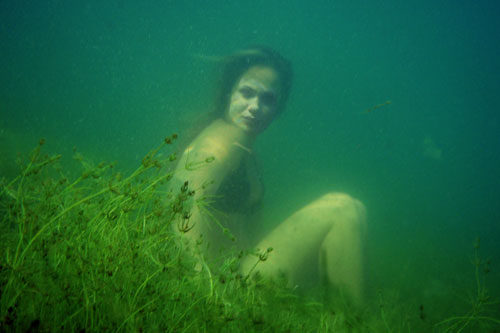 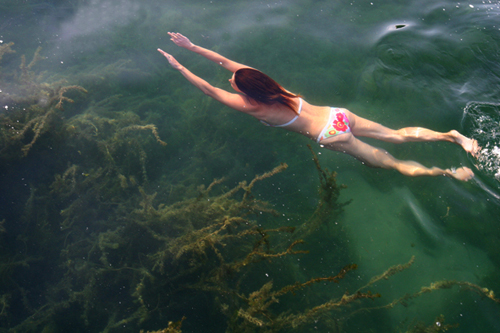 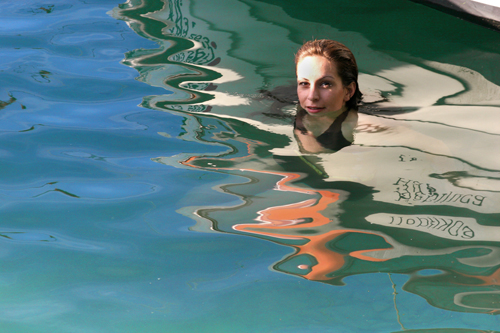 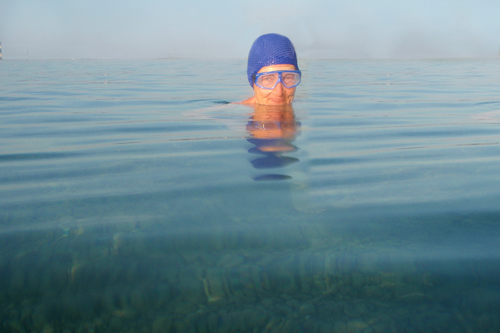 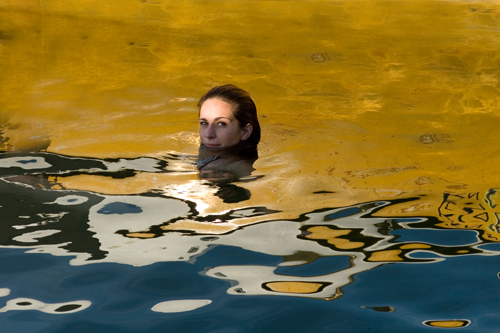 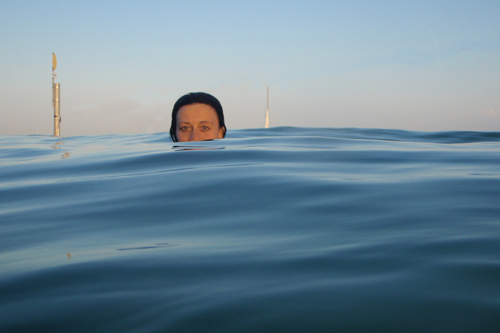 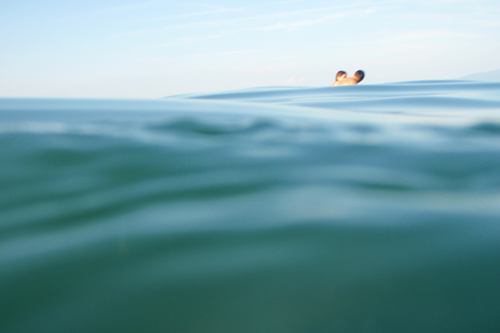